I Got Rejected from Early Admissions!

This is a common refrain we hear during this time of the year. Although about half our students get into their early app schools, the other half who are deferred or rejected are left confused, bewildered, shocked, upset and anxious.

The worst part of not getting in early is not the actual rejection. Since most students are applying to more than 10 other schools, it’s not so much this one rejection, but the implications of it. What does it mean for my other schools? If my early rejects me, doesn’t this mean, the other schools will too?

The simple answer: absolutely no way. In fact, there is zero correlation between the results of early apps and regular apps. So what does getting rejecting in early mean for regular apps? Nothing. Nothing at all. We have seen too many counter cases of all varieties. IvyZen is dedicated to helping students with Ivy League Admissions. We are the top academic consultants for Ivy League schools. Get into top colleges and grad schools with secrets from our college and Ivy League admissions experts.

Here are a few

Student B got accepted to UChicago but dropped from Northwestern, Johns Hopkins and Berkeley

Student C got deferred from Penn, dropped from Northwestern and Cornell and then accept to Penn during regular

Student D got rejected from Yale, then accepted to Stanford and Columbia

Student E got rejected from Harvard, then accepted to Princeton and rejected everywhere else

The list goes on and on and one day we will compile all this data, but it’s enough now to see that there is no correlation between early results and regular results.

What’s more, many are under the false belief that if you are accepted to one school, you will be accepted to all or most schools below – this is not true in the least. There are too many factors involved in the admissions process. Not all schools see the same student in the same way. There are all kinds of hidden agendas and plans, goals and procedure by each admissions committee. Also, in recent years, schools have been more careful about admitting students whom they do not think will actually attend. It makes it very difficult for them to meet their minimum number of students. This works for high and low students.

For example, one of our students five years ago who eventually went to Dartmouth, applied to UMichigan early. He was rejected and the school counselor was so shocked he called the admissions committee. They promptly replied that if the student really intends to come, they would accept him.

So if you didn’t get into your early school, do not get overly anxious. Students (and especially parents) who get overly anxious sometimes make mistakes. They will sometimes rewrite what was already a good main essay or ruin relationships with the people who can most help them in their current situation (parents, friends, counselor, consultant).

Do You Have a Theme?

The most common mistake students make in their applications is presenting a well-balanced profile rather than focusing on a unique theme. One student who was rejected from Yale early came to us for advice. About 60% of the time, we review an application and advise the student to make some small adjustments to highlight their themes better. However, in Jill, we saw an untapped potential in her application and a chance to create a much stronger application. Working pro bono, one of our most experienced Mentors spent a few days editing her essays and application.

Are you looking for the very best to help you gain admissions to Harvard, Yale, Princeton, Stanford, MIT or Caltech? Then visit IvyZen for admissions consulting in Boston. Our mentoring starts and finishes with the premise that uniqueness will give you the competitive edge to get you into the top colleges. 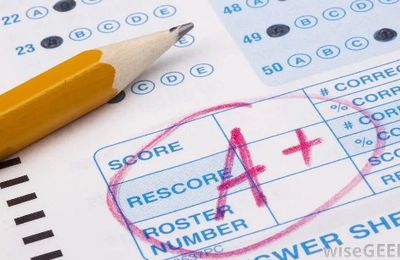 The Importance of Picking a Theme - College Consulting Firms Williamsburg IvyZen is a boutique admissions consulting firm based in San Francisco, CA and Seoul, Korea. Founded in 2003 by U Chicago graduate, Mark Lee, IvyZen focuses on helping top students get into Ivy League schools.